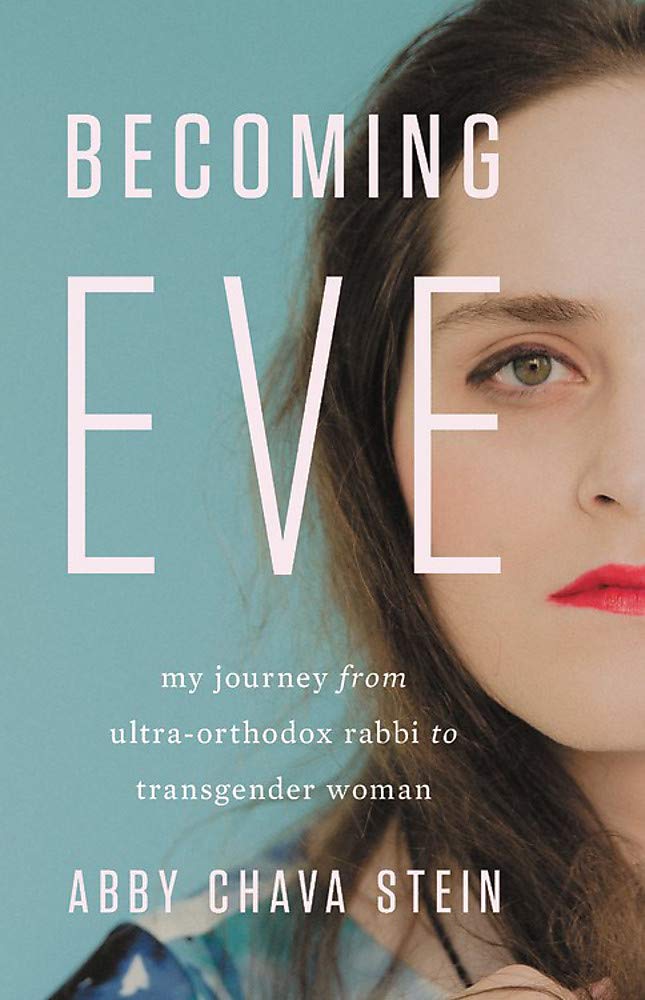 “Every single part of who we are creates our beautiful identity. And nobody is allowed to say the opposite”.

There was time when Abby Chava was called Yisroel. A Hassidic young man from Brooklyn, who got married at 18, and became a father and a rabbi at 20. And not an ordinary Hassid, but a direct descendant of Baal Shem Tov. The feeling that there was another person, hidden inside that body, could not even be expressed by words. Trans, gender fluid: unknown words, from an alien world. Words from a foreign language, English, to be learned from zero. Yes, you can live all your life in New York while speaking Yiddish and Hebrew exclusively. The awareness to inhabit the wrong body is accompanied by a deep rethinking of the community’s values and lifestyle. In 2012, Yisroel leaves the community, or as it is used to say, goes off the derekh. In 2014, the enrollment at Columbia University, in 2015 the coming out and the start of the transition process. Abby Chava Stein was “born” in 2016. Officially a woman. A young brave woman with a story to tell to as many people as possible, in order to give a voice to those who feel what she used to feel: the belief to be wrong and alone. Now, Abby Stein’s incredible story is told in her first book, Becoming Eve, just published by Seal Press. 272 pages holding memories from childhood and adolescence and exploring the process of leaving the community, until 2015, the year when the transition starts. We asked Abby to share with us some insights.

Becoming Eve: who is this book for? Who should read it more than anyone else?

I did my best to ensure that everyone could read and enjoy the book, regardless of their background and previous knowledge about Judaism and/or the LGBT world: it was my constant thought during the process of writing it. I wanted a book that could be interesting for those readers who – hypothetically – know everything already, and at the same time that could be understood by those who approach these subjects for the first time. What I tell in the book is my unique and personal story, but it’s not the only one of this kind: you can find several published stories about what it means to be trans, or to be Jewish, or to leave the community into which you grew up. I tried to start from my personal experience to encourage a more general discussion: what does it mean to be trans and Jewish? And I did it with the hope that every reader could identify at least one point, one angle throughout the pages that speaks to them.

Becoming Eve is anyhow grounded into a very special personal experience. We’re often exposed to a secular understanding of things, according to which the price to pay for coming out of the closet is forcefully giving up to one’s own cultural and religious identity. However, your commitment as an activist within Jewish communities seems to challenge this vision.

This is a very interesting aspect for me. In 2012, when I stepped out of my community, I thought that I had to leave everything behind, Judaism included. Three years after, I started to look back and to rethink about things, to re-explore my Judaism. To be honest, I did it more on a cultural and traditional level, than on a religious one. But ironically, I did it from a Hassidic point of view, I can even say that I drew from my rabbinic education in this process. I went through hundreds of Jewish sources, readings, commentaries that deal with Judaism and gender. It’s a very interesting exploration, which shouldn’t lead to draw simplistic conclusions – such as to say that in ancient times Jewish communities would celebrate trans people – but which definitely helps to find elements and meanings. Gender identity has always been part of the human nature, and Judaism, such as any other religion or ideology, has been looking for its own answers. The special thing about Judaism is that you always do “double check”, you go beneath the surface and continuously look for new meanings.

In any case, in my work as an activist I don’t deal with faith issues. When asked about the relation between being Jewish and being trans, I never tell people that they should be religious. I have no interest to question whether that person is observant, whether he or she prays…that is a private thing, I’m not that kind of person…or we can even say, that kind of rabbi! What I want to focus on is the place of this person within the community. To anyone who addresses me I always say: don’t let anyone tell you that you can’t be trans and Jewish at the same time. Because it’s not true. It’s a message I try to convey in the book: every single part of who we are creates our beautiful identity. And nobody is allowed to say the opposite.

How can Jewish communities become more inclusive towards trans people? And society, as a whole?

The universe of Jewish communities is very complex, as you go from very traditionalist realities to most progressive ones, with different views towards trans and lgbt people. But what I see as a common denominator, it’s the urgency to overcome the dimension of tolerance. You can “tolerate” an unpleasant situation, but when it comes to human beings, and to members of Jewish communities, you don’t “tolerate” them. First because it’s not enough, second because people who are being “tolerated” feel that. It happens even in some communities that in theory have a positive approach towards trans and lgbt people. I think that communities should do a lot more, should learn not to tolerate, but to celebrate those people, loudly and openly. To merely say “I accept trans people” is a thing, to put a rainbow flag on your synagogue or community center is another. The point is that these people should be welcomed and celebrated not despite the fact that they’re trans, but because of that. The same concept, I think, can be applied to society as a whole.

A very important moment for me was to celebrate my accomplished transition – included the name change on the documents – with a ceremony in a progressive synagogue, together with a community that rejoiced with me. Because becoming the person you want to be is a life milestone, such as birth or bar mitzvah: it’s definitely worth of being celebrated.

A key-sentence in the book’s presentation says: “How far will you go to become the person you were meant to be”? What are the most common reasons preventing people from going on this journey, speaking for instance of coming out?

Everyone has their own personal reasons, but a frequent common aspect is fear of rejection – from family, friends, community – and fear of being discriminated against. Then you also have the fear to break up with the world you grew up into. It’s an issue for religious people, for example. As I said before, it was never a problem for me, because my relationship with Judaism is more about culture than religion; but for observant people, who feel that theirs is the right way to live, it’s definitely a problem. Finally, coming out is very likely to have financial consequences, which can be hard to bear with no support.

Does your work as an activist and speaker make you witness any improvement in the attitude of Jewish communities?

Definitely, I can witness how trans experience is becoming a lot more celebrated and understood, especially by the young generations. There is more awareness and willingness to learn. Often, it’s about starting from the basics: to let trans people go out and walk down the street without being harassed, to use a bathroom without being chased out, and so on. In the past two years I gave over 300 speeches and every single time there was someone in the audience who shared a personal story or anecdote…about her/himself, a sibling, a cousin, a friend…it’s not all rainbow and unicorns, but there’s definitely some improvement. I can even witness some progress in the attitude of some modern Orthodox communities, even though there’s still a very long way to go.

Whose is the narrative voice in the book?

It’s always me, back and forth through memories. Memories and details to grab, to dig. Sometimes I would just stop in the process and wonder: did this really happen? Did this really happen to me? And I would feel shivers on my skin. Writing the book was a very emotional process: at times painful, at times very exciting. It’s a very important accomplishment for me, but I don’t want it to be seen as a conclusion: I wrote a part of my story, not all of it. It’s barely the beginning.