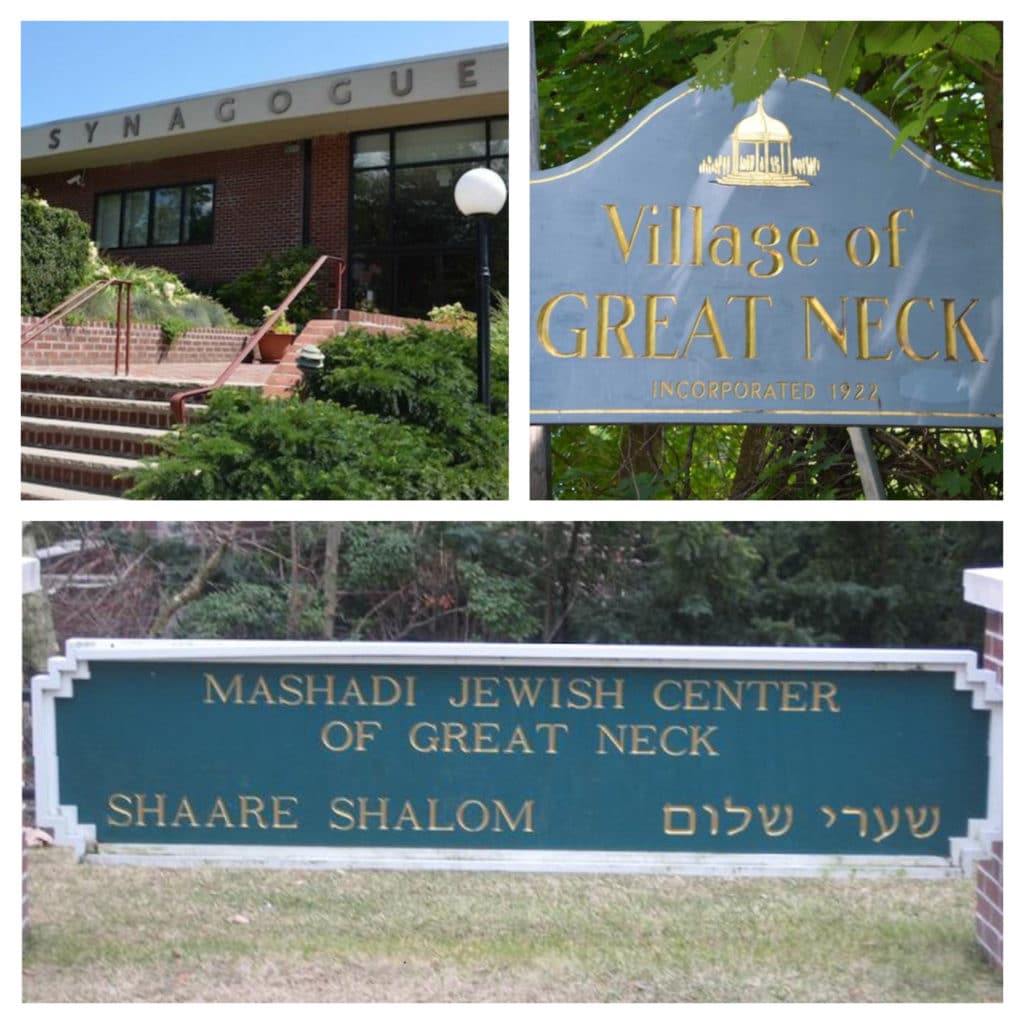 New York, NY – In the 1920s, the world of Great Neck, just a 35-minute drive from the centre of Manhattan, inspired Scott Fitzgerald’s masterpiece The Great Gatsby. Around sixty years later, this Long Island suburb started to change fundamentally and permanently, with the arrival of a new group: the Iranian Jews. Today this community, who managed to recreate a corner of ancient Persia in Great Neck, is learning to coexist with a new prominent minority: the Asians.

The Iranian Jews, who mainly migrated to the United States in the years surrounding the 1979 Revolution and the fall of the Shah of Persia, constitute the largest minority in Great Neck: they in fact amount to 16.7% of the total population of the area (around 35,000 on this small peninsula), according to 2017 data by the US Census Bureau. Asian groups – of whom over two thirds are of Chinese origins – instead make up 14% of Great Neck’s residents altogether. Walking these streets, clusters of four to five synagogues are a common sight, as are restaurants serving kosher Middle Eastern food.

Once in the United States, the Iranian Jews did not want to lose their traditions and values. An ocean away from their motherland, the survival of their identity became essential. And the key to it was identified in marriage among their young members, a rite around which the community revolves even today.
Among Great Neck’s Iranian Jews, however, there is a big distinction to make. They in fact constitute not one, but two communities, each with its own history and culture, retraceable to two different cities in ancient Persia: Mashhad and Teheran.

Mashhad e Teheran
The journey bringing the Mashhadi Jews from Mashhad to Great Neck is a historically unique one. Around 1740, Shah Nader Shah Afshar relocated about 40 Jewish families to this town in the North-East of Iran to look after his treasury. Born as a Shia Muslim in a country where Sunnis were the majority and held the most power, the ruler didn’t trust anyone else. In 1839, the Jews of Mashhad received an ultimatum: convert to Islam or die. Many chose to keep practicing their faith in secret. “This was the beginning of a new class of Jews,” said Lerone Edalati, 31, a Mashhadi woman born in Great Neck. “This crypto-group formed its own unique identity and they preserved it by marrying each other. These communal bonds persist even today, in some ways.”
The Mashhadi Jews kept their faith hidden until 1925, when the ascendance to power of the Pahlavi dynasty visibly improved the living conditions for Persian Jewry. But by then, their physical, cultural and linguistic differences versus other Persian Jews had already cemented. The Mashhadis began to leave Iran in the early 1900s, with migration peaking after WWII and the 1979 Revolution. They settled especially around New York and in Israel, with small communities also in Italy (Milan), Germany and the United Kingdom (London). Today, there are around 15,000-20,000 Mashhadis around the world.

In Great Neck, the Mashhadis found Jews from all over Persia. In fact, ever since the 1950s, many Iranian Jews, taking advantage of the then close diplomatic relationship between their country and the United States, began to move across the Atlantic to study in American colleges, through exchange programs and government-funded scholarships.

Among them, were the parents of Jackie Harounian, originally from Teheran. Her father came to the United States to study chemistry, while her mother followed her grandfather who had gone to New York to practice psychiatry. Raised in Great Neck, Harounian, who today is 48, describes herself as “one of the oldest Persian-Americans in the New York area.”

The Mashhadi and the Teherani Jews– to avoid losing their uniqueness and identity through the osmosis with local residents – developed, since the very beginning, a “wedding-centred culture,” as Harounian defined it. “There is a great emphasis on social gatherings, where young people can meet, on the celebration of weddings and all related rituals.”

In the 1980-90s young women – as Harounian herself- were encouraged to marry at around 20 years old, strictly with Jewish men. Mashhadis would usually marry among themselves, said Edalati, officialising their engagement with the erusin ceremony, an ancient Jewish ritual rarer in other communities, but still widely practiced among the Mashhadis. Despite the fact that “a married, traditional lifestyle” still remains the most promoted way of life in the community, there have been some changes in the last two decades. For example, women, who today study longer, marry later. Also, ‘inter-faith’ weddings among Mashhadis and Jews of other origins have increased, said Edalati, engaged to an Ashkenazi. Divorces are still uncommon, according to Harounian, a divorce lawyer. If she had to rely on members of her own community as clients, she would have already been out of business, she said.

Another important novelty in this respect is the rise of social media, which encouraged young Jews of the area, especially the Mashhadis, to branch out and meet other Jews, said Edalati.
But social media have also facilitated meetings among members of the same communities in this corner of Long Island. On Facebook, the group Great Neck Jewish Persian Matchmaker, founded in late 2016, has approximately 475 members, mostly between 30 and 50 years of age, looking for a spouse. The description reads “Confidential matchmaking in the Persian community: we know that God is the real matchmaker, nevertheless we still need to extent our most honest effort.”

With the years, Great Neck’s Persian Jews had to adapt to notable changes in the area’s demographics, particularly to an exponential increase in Asian presence in the Southern part of the peninsula. Between 2000 and 2016, the number of Asian residents doubled in Saddle Rock, Great Neck Estates and Great Neck Village, while in Kensington and Russell Gardens it skyrocketed from 10 to 23% of the total population, according to the US Census Bureau.

The main shared interest and meeting point for Persian Jews and Asians in Great Neck are the area’s public schools: the excellent school district of Great Neck – including schools both on the peninsula both some slightly Southern – is one of the main reasons the two groups originally moved there, said Harounian.

Great Neck’s school district is the seventh-best in the United States, and the second-best in New York state, according to a 2018 ranking compiled by Niche. Around 78% of the students are proficient in English language and literature, while 84% in maths, according to data from the New York State’s Department of Education.
The number of Asian students has in fact increased sizeably in these institutions: if in 2012-2013 they constituted only 30% of the district’s student body, while the whites made up 60%, just three years later they represented already 35% of the total, with whites down to 53%. This greater ethnic diversity is considered as a positive, especially as it has helped Great Neck schools to reach even higher scores, said Harounian. In fact, academic performances of Asian pupils are higher both than the average and those for other ethnicities in Great Neck, with 89% and 94% of them proficient in English literature and language and maths respectively, according to the New York State Department of Education. Even outside of schools, some associations have recently begun to organise joint events, to start a dialogue among the different communities residing in the area. In January 2018, at a forum hosted by the Great Neck Historical Society, representatives of Mashhadi, Teherani and Asian societies discussed the potential of their area and the improvements they brought to it since their arrival. Last July, Rebecca Sassouni, president of the Sephardic Heritage Alliance, dedicated to the preservation of the Teherani Jews heritage, organised an event where members of the Persian Jewish and Chinese communities tried out dishes from one another’s traditional cuisines.
“There is definitely more communication now,” said Harounian, who attended the event.