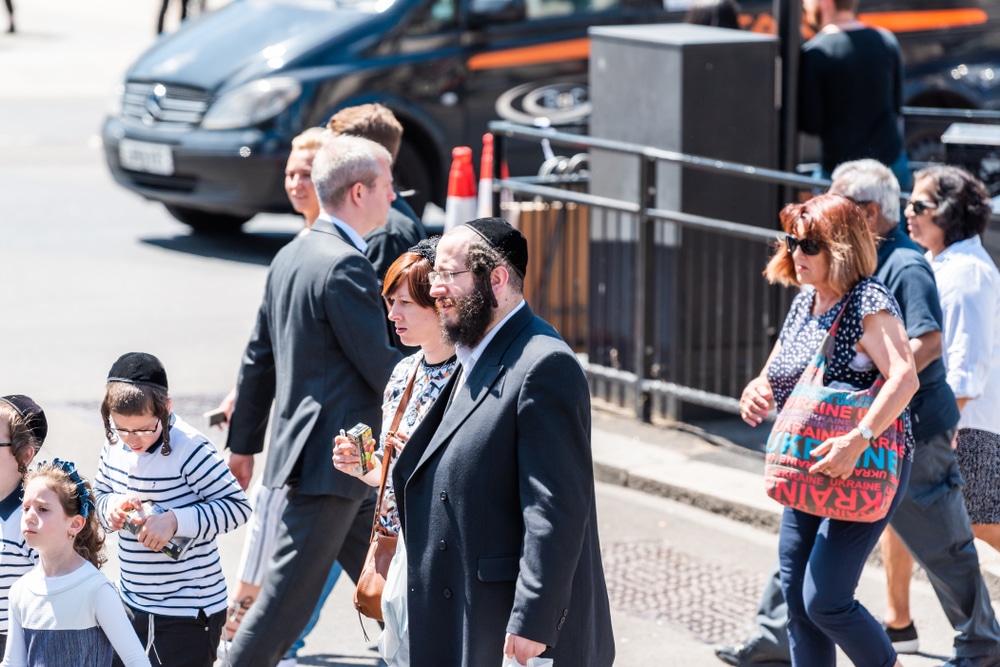 … and we are yet to understand why

London, UK – Over the week up to 24 October, at least five Jewish funerals across the United Kingdom were inextricably linked by one common thread: all death certificates mentioned COVID-19. Across the Jewish community, this sight had become more common than among the rest of the population.

When looking at data from the first wave, coronavirus mortality rates for Jews are higher than those for Christians or non-religious people in the country, data shows. In fact, all religious minorities appear to have a fatality rate higher than average, but the figures for the Jewish community are uniquely harder to justify.

The latest departures brought COVID-19 Jewish deaths in the UK up to 534 since the beginning of the pandemic, according to data from the Board of Deputies of British Jews. This organisation, in coordination with seven of the largest denominational burial boards across England, Northern Ireland, Scotland and Wales, estimates an indicator of COVID-19 deaths by indicating in how many funerals COVID-19 appeared on the death certificate.

While these 534 fatalities are only a small portion of the total 44, 745 deaths registered in the UK up until 24 October, when adjusted for the number of Jews in the country, they reveal that the coronavirus has disproportionately affected members of the Jewish community.
This tendency emerged from the very beginning of the COVID-19 wave; by 24 March, 22 Jews had lost their lives after contracting COVID-19 in the UK, said the Board of Deputies. That amounted to 4.6% of total COVID-19 deaths in the country back then, while Jews only constitute 0.5% of the British population, according to the latest available Census data (2011).  In the summer, a national study came to back this initial evidence, its findings generating much clamour in the local news.  The coronavirus mortality rate for British male Jews stood at 187.9 deaths per 100,000 individuals, according to the Office for National Statistics (ONS), which carried out a study from March until mid-May across England and Wales. For non-religious groups, it stood at 80.7, while for Christians at 92.6. To sum it up, Jews were more than twice likelier to die from COVID-19 than these other groups.  It wasn’t men alone, as women also displayed a similar pattern: the female mortality rate among Jewish females stood at 94.3 per 100,000 people, distinctively higher than 47.9 for non-religious individuals and 54.6 for Christians.   Jews were not the only ones, as other religious minorities signalled higher mortality than average: Buddhists, Hindus, Sikhs and finally Muslims, the sole group surpassing Jews in fatality rates.
However, the case of the Jewish community is unique, as it appears to be the only case where the higher mortality rates observed are not explained away by other factors, such as socio-economic or demographic elements.

In fact, the ONS went a step further and adjusted its models for population density, area deprivation, socio-economic position, household composition, ethnicity and other variables which could potentially have impacted fatality rates, as they most likely influenced how much individuals were exposed to COVID-19.

It turns out that, if we keep these things into account, religion doesn’t matter much when it comes to variations in coronavirus mortality: instead, if you are a Buddhist, a Muslim, an Hinduist or a Sikh, you are more likely to die from COVID-19 due to one of the factors above, or a combination of them.  But for the Jewish community, it’s a different story: even when including all these factors in the analysis, Jewish males are twice as likely, and females 1.2 times more likely, to die from COVID-19 than Christians.  “COVID-19 managed to affect the Jewish population in a way that other causes of deaths couldn’t,” said Dr Daniel Staetsky, a Senior Research Fellow and Director of the European Jewish Demographic Unit at the Institute for Jewish Policy Research (JPR). “It suppressed the underlying lower mortality [of Jews] and it made Jews appear as disadvantaged as Black, Asians and Minority Ethnic [individuals], even though they weren’t.”

Then, what is it?  Although there are many potential hypotheses for higher Jewish mortality rates open to exploration, there is one in particular academics feel is safe to exclude.

While Orthodox Jewish communities have grabbed headlines across the world for their occasional failure to adhere to social distancing rules, they appear to have nothing to do with higher mortality rates.  That is because the percentage of Orthodox Jews in the country within the age groups most exposed to COVID-19 – 65 years of age and older – is small, according to Dr Staetsky. Therefore, any impact on nation-wide mortality rates across the community would be negligible.   Other researchers have looked into this with similar results. Mortality in the Hasidic community of Stamford Hill- the largest in Europe- did not significantly differ from that of the surrounding borough of Hackney, London, observed Dr. Kriszta Szendroi, a Professor of Information Structure in Language at University College London (UCL), in evidence to submitted to the British Parliament in May.   However, this kind of work has limitations, Dr Szendroi acknowledged. First, the evidence was scarce and mortality rates in the Hasidic community had to be estimated. Secondly, while these conclusions apply to the first wave, studies are yet to be conducted on more recent deaths.

A potential explanation for higher Jewish mortality rates could be that the virus circulated more among this community, leading to more infections and deaths, because of the contact-rich religious and social life Jews tend to have, Dr Staetsky hypothesized. To this date, this remains an hypothesis yet to be tested.

As Europe enters the second wave of the coronavirus pandemic and hospitalisations and deaths are again on the rise across the Old Continent, the academic community and the general public are still trying to answer this question: why, in Britain, have Jews been more likely to die than the rest of the population?