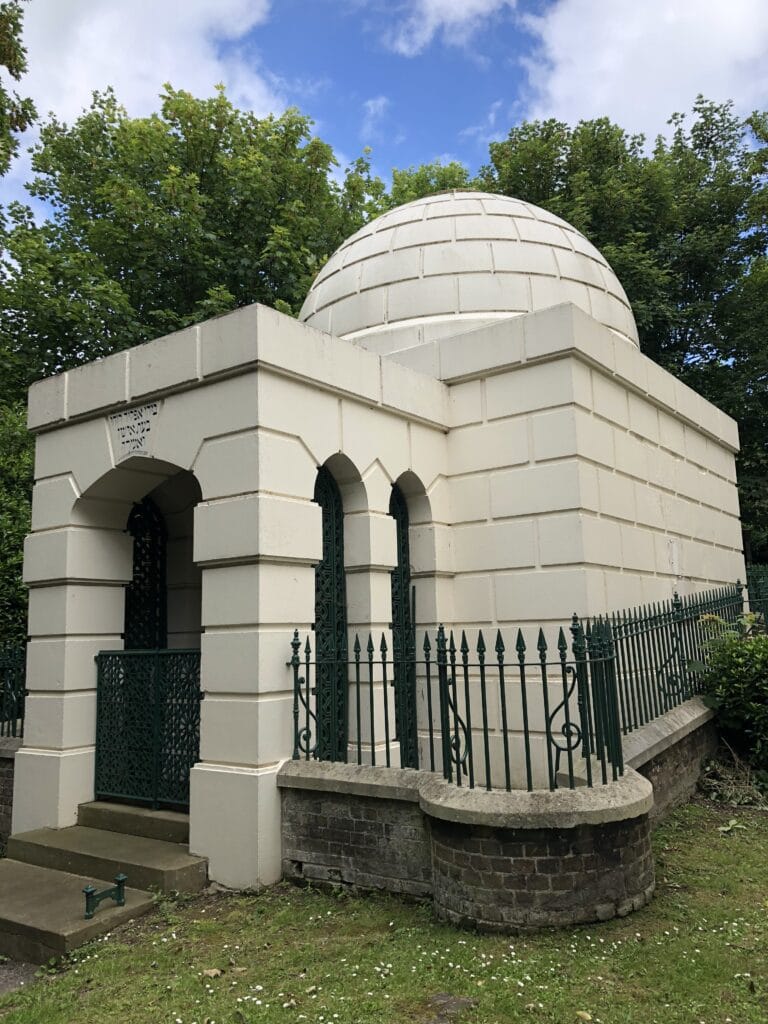 RAMSGATE, KENT– When arriving in the Kentish sea town of Ramsgate, among the local important buildings listed in the map outside the train station, you will find aside local churches and the house of Victorian architect Augustus Pugin an unexpected entry: the Montefiore synagogue.

The Montefiore synagogue, part of the private estate of English Sephardi financier Sir Moses Montefiore, opened its doors to the Montefiore family and social circle in 1833. Today, the temple doesn’t host regular services anymore, due to the lack of a local Sephardi congregation, but it remains open to visitors and occasionally holds special events and festivities. The site is maintained by the Montefiore endowment, a registered charity. The observant Montefiores were regulars in town since Sir Moses and his wife Judith came here on their honeymoon in 1812. The coast of Kent was a popular summer destination in the 18th and 19th century and after several visits to the area with his mother and wife, Sir Moses bought a big house in Ramsgate in 1831, previously owned by British aristocrats. A small Jewish community had first settled here in the 1780s.

To make the purchase, Montefiore could count on the fortune amassed during his successful career in the City of London, which started when his uncle helped him secure a job as gold broker on the London Stock Exchange, and where he often worked alongside Nathan Mayer Rothschild, who was his brother-in-law having married Judith’s sister. “[Like] the British aristocracy, the Montefiores had a house in Park Lane and a seat in the country,” said Mark Negin, deputy keeper of the Montefiore synagogue. “Ramsgate was his seat, and he was the local lord of the manor.” And as it was customary for local lords to build a church on their estate, he built a synagogue, and as local lords would choose their parish priests, he picked his rabbis.

Walking up and down Hereson Street, one of the vertical axes of Ramsgate, the Montefiore synagogue isn’t easy to spot. To get there, you first must walk through a small gate to then find yourself in the middle of a woodland- the Montefiore woodland- which volunteers look after. Once, there weren’t as many trees here, but the Lady Montefiore Theological Colleges, where rabbis were trained. After a few hundred meters in the woods, two light-coloured buildings appear, side-by-side: the synagogue, with its chiming clock, lies on the right, whilst the mausoleum where Moses and Judith are buried, characterised by a dome, is on the left. The temple was built by the architect David Mocatta, a cousin of Montefiore and a student of the renowned Sir John Soane.

The clock, added in the 1860s, is the sole example of its kind in an English synagogue, and a rarity in the rest of Europe. “When the clock was added, the locals rejoiced because now the temple would tell people what time it was,” said Negin. “[Back then], people did not carry watches.” An exotic music emanates from the inside of the synagogue: today is the 16th June, the annual anniversary of the temple’s Dedication in 1833 – an event then attended by the chief rabbis of both the Sephardi and Ashkenazi English communities, leading a large congregation from all over the UK. As happened for the last seven years, they are hosting a concert, open to both Jews and non-Jews, that same afternoon.

The music was of Middle Eastern Sephardi origins, exploring the notes Sir Moses and Lady Judith might have heard in their pilgrimages – seven throughout Sir Moses’s 101-year-long life – to the Holy Land. 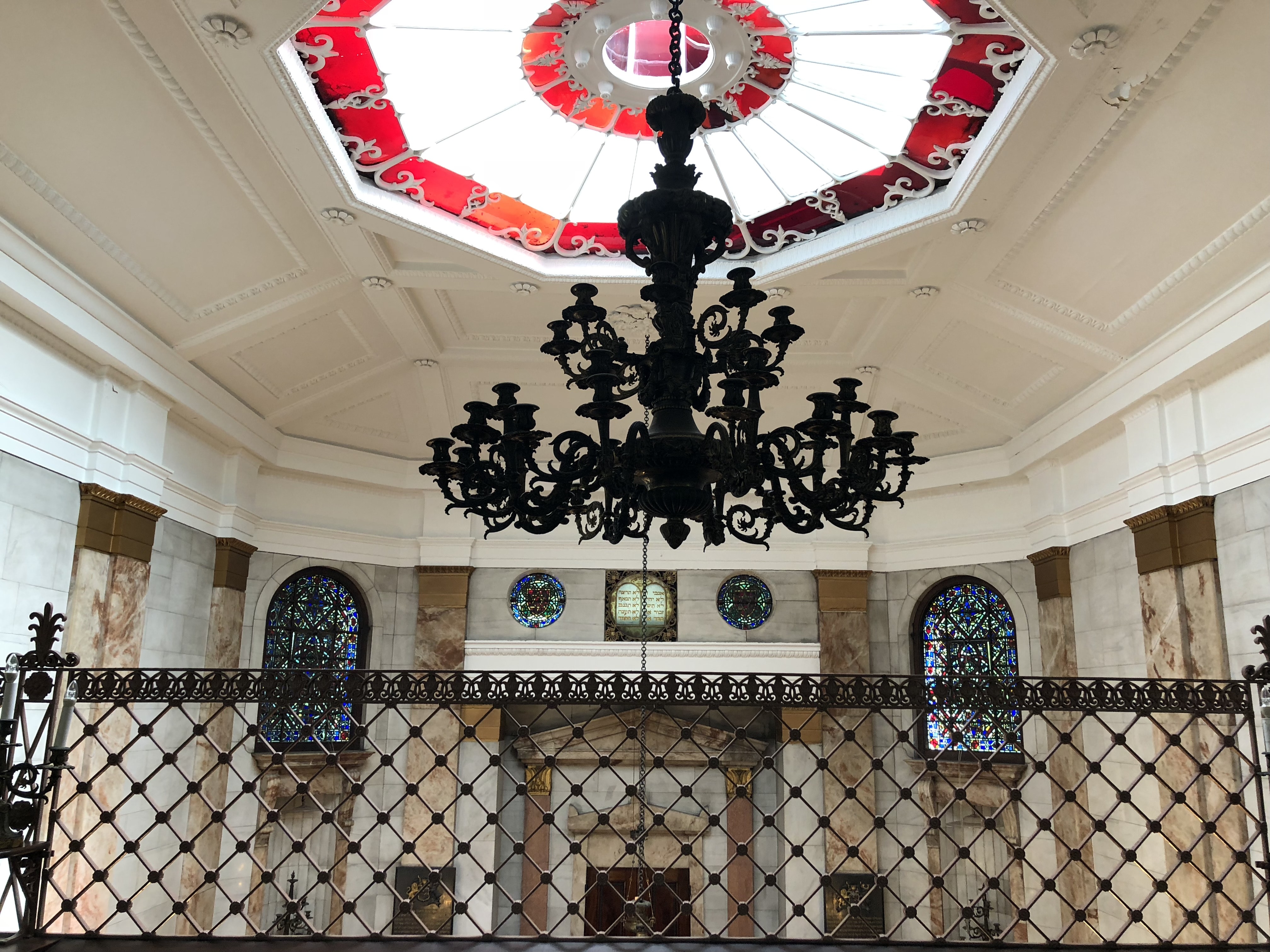 Inside the synagogue, the first floor has a very classical and sombre appearance, with much light and wood. Some elements reveal we are in an English temple more than others, such as the white and red glass window typical of the Regency period and a plate with a prayer for the royal family, on the building’s right wall. This one only dates back to 1933, while the original one is now in the synagogue of Bristol. In the corner, just left to the ark, a red leather armchair stands out: that’s where sir Moses would sit. A similar chair is located on the very right of the women’s gallery upstairs, reserved for Judith so she could be just opposite her husband. 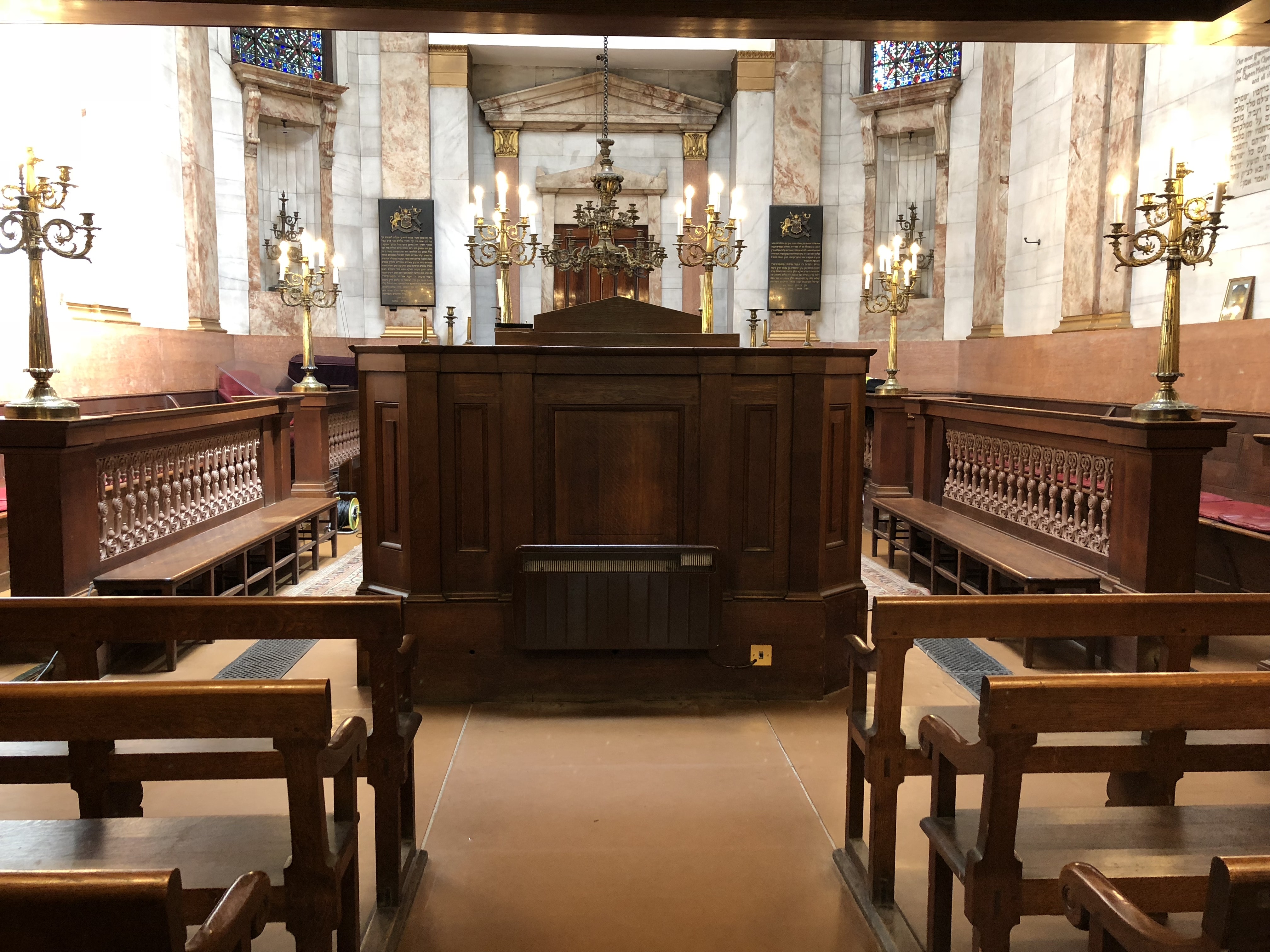 Leaving the temple behind by just a few steps, the Montefiore mausoleum presents itself as a replica of Rachel’s tomb on the road of Bethlehem– repaired by Lady Montefiore as an act of charity-. It is a simple sepulchre with two marble coffins, facing east towards Jerusalem as is tradition. In the back of the building, is a short Roman pillar of Egyptian porphyry, a gift of Mehmet Ali, Khedive (a sort of viceroy) of Egypt, who was reportedly friends with Montefiore. The mausoleum was commissioned for Judith, who died 23 years before her husband. The couple did not have children, meaning that when they both passed away the whole estate went to a niece, who had married into the Seabag family. One plate back at the synagogue remembers Captain Robert Seabag-Montefiore, who fell in battle at Gallipoli during WWI.

After the second World War, Sephardi Jews moved away from Ramsgate and the Montefiore synagogue stopped operating. Services moved to London, where the Montefiore Endowment could already count on a Yeshivà built in Judith’s name- the Judith Lady Montefiore College – where rabbis still study today. Meanwhile, the house was sold to the council and demolished in 1954. Today, its grounds constitute George VI Park. The College in London occasionally comes here for services, and at Rosh-Kodesh the synagogue sometimes gets some members of the Hassidic community, who moved out east from the capital. It was in Sir Moses’s will that services should always be held according to the rite of Bevis Marks, a Spanish and Portuguese synagogue in London. Despite the fact that the temple isn’t active anymore, and that nothing remains of the house, the presence of the Montefiore family is still felt throughout this Kentish town. There is a Montefiore pub, a Montefiore Avenue, and the mayor still wears the mayoral gold chain gifted to the city by Sir Moses in 1884. “You can’t escape Montefiore if you are in Ramsgate,” concluded Negin.